After her son’s experience with Prolacta fortifiers, De Onna gives back to Tiny Treasures Milk Bank

In the beginning, De Onna felt great and her pregnancy was going as planned… until 23 weeks. That’s when she noticed spotting. Alarmed, she contacted her doctor and went in for a pelvic exam, but was shortly sent home after a ‘normal’ test result.

That same day, De Onna experienced cramping and she initially shrugged it off – she had a high pain tolerance, after all – but called her doctor again the next day.

“It may just have been the pelvic exam,” her doctor said.

But the pain persisted and escalated. By the third night, De Onna knew the pain was not normal. She called her doctor for the third time and was asked to come into the hospital. It was past midnight when she and her husband, Lamar, arrived at the hospital; the nurses immediately hooked her up to the monitor and gave her another pelvic exam.

“From a scale of 1 through 10, how much pain are you in?” She asked. “About 2,” De Onna answered. The nurse paused. “You’re having contractions three minutes apart and you’re going into labor.” De Onna and Lamar couldn’t believe what they were hearing. Contractions? Labor? 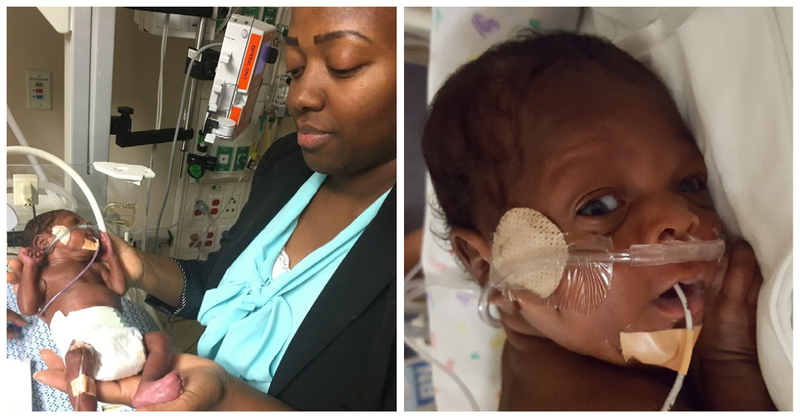 She was put on hospital bed rest for the next few days, but the contractions persisted. On the sixth day, the contractions would not stop even with medication and Micaiah was delivered vaginally. Everything happened so fast that she barely even felt pain. She did, however, hear a gentle little cry from her beautiful baby boy. On August 19, 2016 at 3:02 PM, Micaiah arrived in the world. He was born at 24 weeks and 2 days gestation, weighed 710 grams and measured 33 centimeters long, and could fit into the palm of a hand. As suddenly as he arrived, Micaiah was whisked away to the neonatal intensive care unit (NICU).

Lamar was able to see Micaiah soon after, but De Onna wouldn’t see him until hours later. Immediately after giving birth, De Onna was visited by a lactation nurse who advised her to pump. At first, she only pumped some colostrum, but she kept at it and pumped every three hours. Eventually, her milk came in and established her breast milk supply.

The NICU experience was overwhelming and foreign, but the NICU staff helped and supported De Onna through the mystery. While in the NICU, she began hearing the NICU staff say “Prolact+10” and other similar phrases. Curiously, she asked a nurse to explain. The nurse shared that Prolact+ H2MF is a “human milk fortifier” used to add additional nutrition to mom’s milk in order to meet the dietary needs of micro preemies, like Micaiah, in the NICU.

Unlike all other human milk fortifiers which are made from cow’s milk, Prolact+ H2MF is the only one made from donor human milk. While on an exclusive human milk diet, Micaiah thrived -- he had no major surgeries or complications. After 110 days in the NICU, Micaiah went home on December 8, 2016 – the day after his original due date!

Giving Back by Donating Breastmilk

De Onna continued to pump every three hours and produced more than Micaiah needed, eventually filling up the hospital freezer. The nurses suggested that De Onna donate her excess milk and after an internet search, discovered Prolacta Bioscience. She immediately recognized the name of the company. “They produce the human milk fortifier made from 100% donor human milk. We gave their Prolact+ H2MF to Micaiah,” her nurse said. De Onna knew she found the right milk bank and made her first donation to Tiny Treasures Milk Bank in January 2017. Since donating her excess breast milk to Tiny Treasures Milk Bank, she quit her former job to stay at home with Micaiah and help her husband pay bills. De Onna has been thankful for Prolacta and her experience with Tiny Treasures, hoping that her story helps others recognize that premature babies really do need proper nutrition and help from breast milk donors. In addition, for new donors, De Onna recommends “to utilize the online donor community, which has also provided immense support and information on packing and freezing." 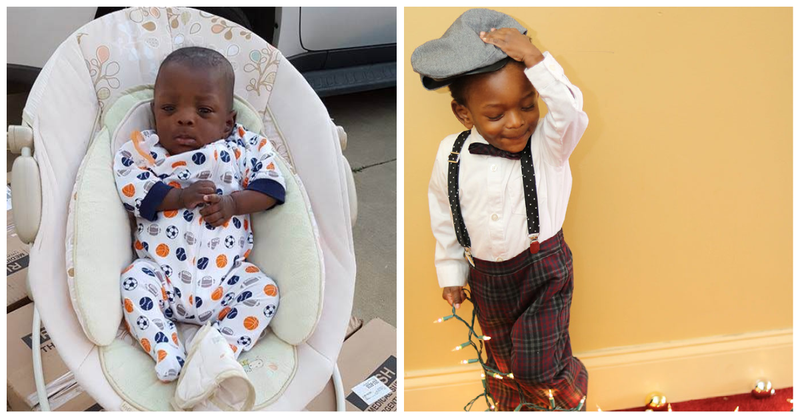