Breastfeeding preterm infants in the NICU: When is it safe? | LATCH

Prolacta - North America > Prolacta feed > Breastfeeding preterm infants in the NICU: When is it safe? | LATCH 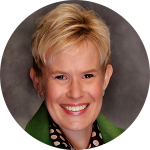 When the Baby Friendly Hospital Initiative (BFHI) launched in 1991, its “Ten Steps to Successful Breastfeeding” were primarily for healthy term babies and left out the unique challenges of the neonatal intensive care unit (NICU) population. Now, the expanded BFHI for preterm infants identifies the following practices:

It is well established that these practices increase maternal milk supply and further infant/mother attachment; however, breastfeeding rates of preterm infants less than 32 weeks post-conceptual age (PCA) remain low. Many clinicians feel that premature infants may be too physiologically labile to tolerate feeding at the breast. Clinicians may also fear being unable to assess intake from breastfeeding or may worry about the infant’s energy expenditure.

Researchers Lucas and Smith at the University of Connecticut School of Nursing conducted a literature review and amassed a compelling list of articles and research supporting the practice of early breastfeeding in premature infants (less than 32 weeks gestation).

The review identified 12 papers published between 2013 and 2015 that focused on answering a key clinical question: “When and how are infants less than 32 weeks safely able to initiate direct breastfeeding?” Summary of evidence: Additionally, the researchers developed a transition timeline from enteral feeds to exclusive breastfeeding in the NICU.

Their recommendations include discussing breastfeeding and breastmilk production prior to delivery, initiation of early skin-to-skin contact with non-nutritive sucking by 28 weeks PCA, recreational breastfeeding by 30 to 31 weeks, cup feedings at 31 to 32 weeks, cue-based feedings with full breast feedings by 32 weeks, and delaying introduction to the bottle until 34 to 35 weeks. The end goal of the timeline is exclusive breastfeeding at time of discharge. In summary, we can favorably impact breast feeding performance by adopting changes now in our NICU patient management. Early skin-to-skin contact and non-nutritive sucking should be expected practice. Working towards a cue-based direct breastfeeding structure as soon as a preterm infant is physiologically stable, despite gestational age, should be our goal. Lastly, comprehensive lactation support in the NICU should be the standard of care.

How to Pack 440 oz Prolacta Cooler