DUARTE, Calif., June 12, 2019 - Prolacta Bioscience®, the world’s leading hospital provider of 100% human milk-based nutritional products, is proud to announce the promotion of preemie health champion Dr. Melinda Elliott to the role of chief medical officer. Dr. Elliott, a practicing neonatologist, has helped advance care for extremely premature infants through her research and education on the benefits of an exclusive human milk diet (EHMD)1 in the neonatal intensive care unit (NICU). 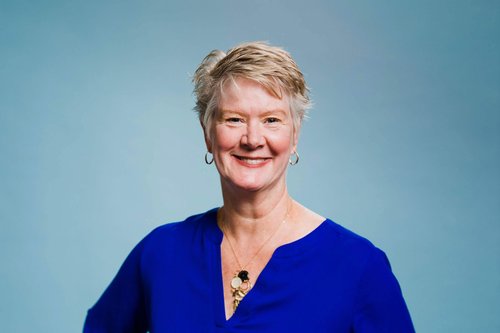 “Dr. Elliott is such a good fit at Prolacta,” said Scott Elster, CEO of Prolacta Bioscience. “As an experienced neonatologist, Dr. Elliott has nearly a decade of firsthand experience working with Prolacta’s 100% human milk-based fortifiers in the NICU. She has committed her career to the care of vulnerable, premature infants and has been a steward to Prolacta’s role in clinical practice. Her hands-on approach ensures preemies’ needs are being articulated and that relevant treatment and product opportunities are identified. I am confident she will flourish in this new position.”

Research done by Dr. Elliott, in collaboration with other pioneering neonatologists, has helped drive the move among hospitals nationwide to establish an EHMD protocol that replaces cow milk-based nutrition in the NICU. When used as part of an EHMD, Prolacta’s 100% human milk-based products are clinically proven to lower mortality and morbidity in premature infants weighing less than 1,250 g at birth, as compared to preemies fed cow milk-based nutrition. 3,4,5

Dr. Elliott joined Prolacta in 2016 as senior director of clinical education and professional development, where she worked hand-in-hand with clinicians and patients in the NICU to improve care through the use of human milk-based nutritional products. Now, Dr. Elliott will take her knowledge and passion for preemie care a step further, by helping Prolacta maintain and improve its dedication to saving lives and enhancing health in this vulnerable group of patients.

Dr. Elliott began her medical career with residency training focused on pediatrics at the University of Florida, where she became chief resident in pediatrics and pursued fellowship training in neonatology. She has held professional and clinical positions at The Johns Hopkins Hospital, Franklin Square Hospital Center, The Herman and Walter Samuelson Children’s Hospital at Sinai in Baltimore, and the Pediatrix Medical Group. In her clinical work, she saw the benefits of an EHMD for extremely low birth weight preemies, which led her to pursue research on the effects of an EHMD in the NICU. She has also investigated breastfeeding practices among moms of very low birth weight infants, including micropreemies. Her clinical research is published in academic journals.

Dr. Elliott will continue her neonatology practice while providing her invaluable guidance to Prolacta as chief medical officer.

Prolacta Bioscience® Inc. is a privately held life sciences company dedicated to Advancing the Science of Human Milk®. Prolacta is the world’s leading hospital provider of 100% human milk-based nutritional products that are changing the standard of care for extremely premature infants. In addition, the company is exploring the therapeutic potential of human milk across a wide spectrum of human diseases, including applications for infants requiring surgery for congenital cardiac and gastrointestinal disorders. Operating the world’s first pharmaceutical-grade human milk processing facilities, Prolacta leads the industry with the highest quality and safety standards for the screening and testing of donor milk. Prolacta is a global company with headquarters in Duarte, California.