The story of Alexandra, as told by her mom, Jennie

Prolacta - North America > Prolacta feed > The story of Alexandra, as told by her mom, Jennie

I'd had two preemies previously (36 weeks and 33 weeks), and I was pregnant with my third child. I was on multiple forms of progesterone and taking medication intended for women who had experienced spontaneous preterm birth in the past. I was hopeful I would make it closer to term with my third pregnancy. However, one morning in March as I was getting ready to go to the gym I noticed spotting. I immediately called my doctor and she told me to come in right away. Just a few days prior, I’d had a completely normal checkup and anatomy scan, but when my doctor checked this time, I was four centimeters dilated. My body was getting ready to go into labor due to a suddenly incompetent cervix. Before I knew it, I was in an ambulance being taken to a hospital with a level-4 neonatal intensive care unit (NICU). After 17 long days of strict bed rest, an infection started in my uterus and I began contracting. On the night of March 25, Alexandra was born via C-section weighing 1 lb 14 oz (865 g) and was 13 inches long. She was only 25 weeks gestation. It wasn't until the following morning that I was able to see her. It was difficult to process what I was seeing, because she was just so tiny. Her head was the size of a tennis ball, and her diaper was the size of my palm, which still looked too big on her! I went from packing a gym bag at home, to being stuck on bed rest an entire city away, all in one morning! 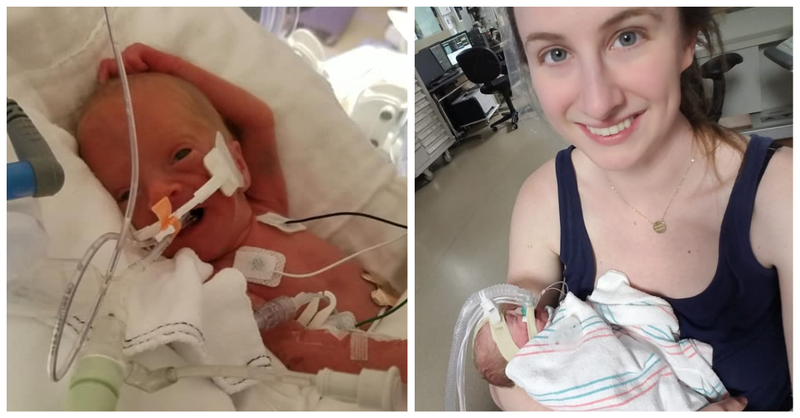 A few days into Alexandra's NICU stay, a nurse informed me that they would be fortifying my milk. I immediately felt concerned and asked if that was safe for her digestive system since she was so tiny. The nurse showed me a bottle of fortifier from Prolacta and a print-out about their products, assuring me that babies her size did very well on it. I was amazed at what I was reading- it was fortifier made only from breast milk, not cow milk, and given to the tiniest babies, specifically to be gentle on their immature intestines and stomach. I felt so relieved knowing that my micropreemie was getting an all breast milk-based diet! Once Alexandra moved from total parenteral nutrition to full tube feeds with Prolact+ H2MF fortifiers, she started to gain weight very quickly. The entire NICU team was incredible. The doctors and nurses were all so kind and patient, answering my questions and answering questions I didn't even think to ask. They cheered me on when I brought drops or milliliters of colostrum in for Alexandra, gradually working my way up to a full ounce (I was so proud!). Miraculously, she had absolutely no brain bleeds, which is common with micropreemies. She required re-intubation three times before finally transitioning to CPAP, but that was her only real setback during her 105-day NICU stay.   When Alexandra was moved "to the 6th floor," (also known as "the big kid floor" where NICU babies are in the feeding-and-growing stage) I knew it was just a matter of days before she would finally get to come home. Once she was on the "big kid floor," we worked on oral feeding and continuing to increase her weight. She was nursing efficiently, but still required fortified bottles of breast milk to meet her calorie needs. We alternated between nursing and bottle-feeding until she successfully gained enough weight to leave the NICU. At discharge, Alexandra weighed 7 lb 8 oz, exactly quadruple her birth weight!" 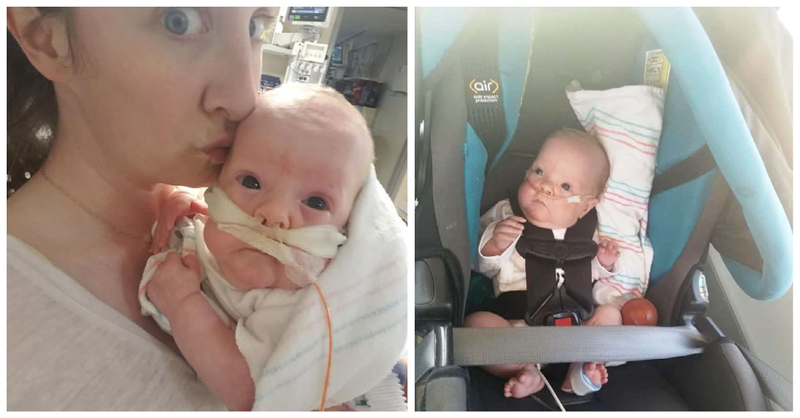 Alexandra is 2 years old now and such toddler. She has strong opinions on her outfits and food! She is over 30 inches tall, but still a petite 22 lb. Her favorite foods are alfredo chicken pasta, lasagna, and French toast. She can speak a few dozen different words and often talks in two or three word sentences. Her favorite place to be is anywhere outside. 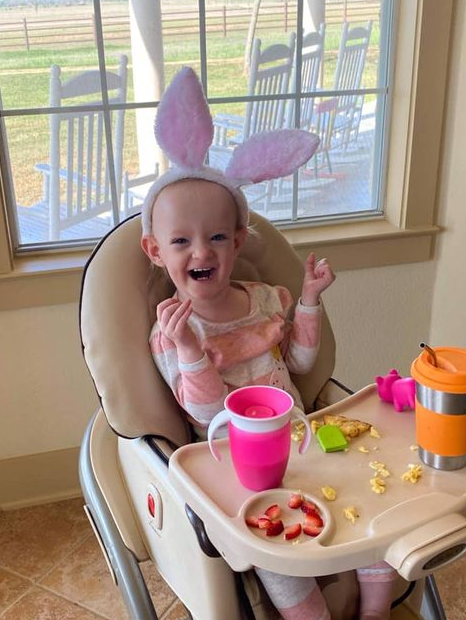 After seeing how well Prolacta fortifiers worked in action, I started researching Prolacta Bioscience's milk bank, Tiny Treasures, and realized their products are specifically intended for babies just like my youngest. I decided then that I wanted to get involved and give back so that other fragile babies like her could get the very best start.

For any mom who experiences an unexpected NICU stay, my best advice is to ask for the lactation consultant and begin pumping right away. Don't be shy - it is her job to help you get your milk production going! If anyone offers help, take them up on it- especially if you have other children.