The story of Kaden, as told by his mom, Dianna

Prolacta - North America > Prolacta feed > The story of Kaden, as told by his mom, Dianna

After a routine ultrasound during her 20th week of pregnancy, Dianna learned of a cervical insufficiency that would likely mean a stillbirth soon. So, she went on bed rest hoping her baby might survive if they could make it to 23 weeks. With the support of her husband Kyle, their son Kyle Jr, and their large church community in Philadelphia, Dianna held on until 23 weeks and 1 day. Baby Kaden was born by cesarean delivery weighing 1 lb 5 oz (595 g).

“One day less and it wouldn’t have happened,” says Dianna. “Kaden is definitely a miracle.”

Babies born at 23 weeks often face many complications that can affect them not only during their time in the neonatal intensive care unit (NICU) but also after discharge and into their childhood.

During his 109-day stay in the NICU, Kaden had apnea, a staph infection, and 10 blood transfusions. He also had a heart problem called patent ductus arteriosus (PDA), but luckily, he didn’t need surgery.

The Need for Prolacta’s Fortifiers

The doctor wanted to add Prolacta’s human milk–based fortifiers to Dianna’s breastmilk, which she resisted at first. She thought her breastmilk should be enough and didn’t want to add anything; that was until she understood why most preterm babies are given fortifiers.

“The doctor said Prolacta’s fortifiers would provide the extra nutrients Kaden needed, and it wouldn’t take anything away from my breastmilk. I felt inept because I could not give my child all those nutrients myself, but I knew the fortifiers would be good for him, and we were thankful for it,” says Dianna. “When he had grown to 5 lb 10 oz, we brought him home … on my birthday! We were scared, but we were so elated.”

Next Steps for Kaden and Dianna

Babies born at 23 weeks face an increased risk of having long-term neurodevelopmental disabilities that can include motor and cognitive impairment. Kaden is now three years old. While he has some hearing loss, early signs of autism, and he needs surgery for a cranial bone condition called craniosynostosis, his parents are confident in his overall progress, saying, “He’s intelligent, verbal, and can understand us, so we’re not worried.”

Dianna tried going back to her job as a daycare center office manager, but she decided to take time off to focus on Kaden’s health and to pursue her bachelor’s degree in psychology. She also hopes to start an organization to help other parents of premature infants.

“I am working to establish a business or nonprofit to support moms like me who have to leave work to support their children because it’s in their best interest,” she says. “We will provide resources for post-NICU life and getting back into the workforce.”

Dianna suggests that parents rely on their community, faith, and advice from doctors and nurses, while at the same time being their own advocates: “The NICU experience can be overwhelming. Parents need to trust their instincts and speak up when something seems wrong. Don't be afraid to ask questions, and if everything feels right, trust the professionals.” 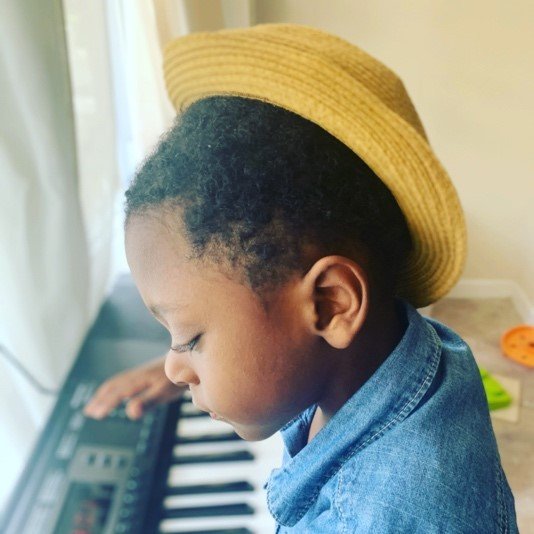