A few years ago, we shared the story of De Onna and her premature son, Micaiah, who benefitted from receiving Prolacta’s human milk–based fortifiers in the neonatal intensive care unit (NICU). That experience inspired De Onna to help other preemies by donating her excess breastmilk to Tiny Treasures Milk Bank, where it was used to make the same Prolacta products that helped Micaiah.

Little did De Onna know then that, in 2019, she would end up having another premature baby—this time a girl, LaMaia. Due to complications with De Onna’s cervix, LaMaia was born at 24 weeks gestation via emergency cesarean delivery, weighing 1 lb 2 oz (521 g). 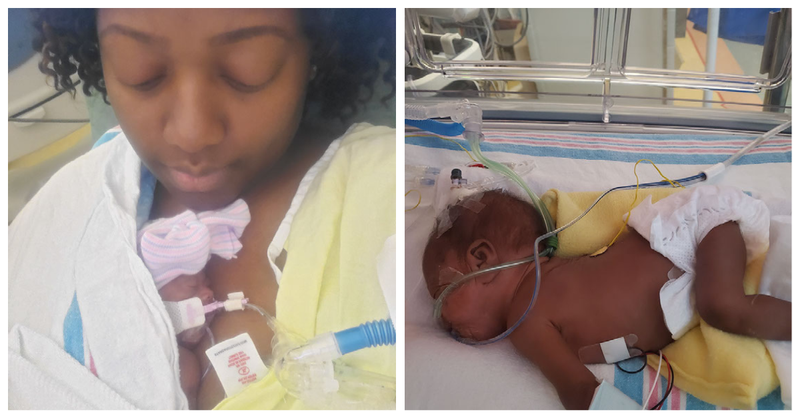 Knowing What to Ask in the NICU

At only a few weeks old, LaMaia underwent surgery for a perforated bowel. Doctors placed drains on both sides of her stomach and monitored her closely for severe reflux. Based on De Onna’s previous experience in the NICU, she knew that the right human milk–based nutrition was important for getting LaMaia through her NICU stay and she made sure to ask the staff if Prolacta’s fortifiers were being administered.

“I remembered that it’s really good for development, and the fact that it’s human milk helps with all the recovery issues,” De Onna says. “When LaMaia needed that surgery, I wanted to make sure that Prolacta products were what she was still getting. I asked a couple of times to make sure they didn’t switch. I knew that would help with her tummy issues.”

During her 103-day stay in the NICU, LaMaia recovered not only from the surgery but also from a heart murmur, brain bleeds, and non-surgical necrotizing enterocolitis. She left the hospital weighing 5 lb 8 oz (2508 g), and after some follow-up doctor visits to resolve retinopathy of prematurity and digestive issues, LaMaia is doing great. She is now nine months old and weighs 13 lb (5897 g)! Her older brother and fellow preemie, Micaiah, is also still doing well at four years old, with no major health or developmental issues.

Paying It Forward: Advising Other Parents and Donating Milk

Having gone through the NICU experience twice, De Onna is helping other preemie parents by sharing advice and resources at the hospital, doctors’ offices, and in her church group—she even plans to write a blog and book about her experiences.

“I found [that] a lot of new preemie parents didn’t know about things like early intervention, Medicaid eligibility, and the online resources I knew about,” says De Onna. “I tell them to take it one day at a time. It sounds cliché, but all you can do is try to remain positive … and become friends with the nurses!”

De Onna continued giving back by donating her excess breastmilk after LaMaia was born. “It was important to me because I know the benefits. Both of my babies benefitted from it. So, I’m just paying it forward to other moms,” she says. “Unfortunately, due to the pandemic and working full time, I had to stop recently. I just sent in my last two coolers and felt a little sad … I didn’t know it would be so emotional.” 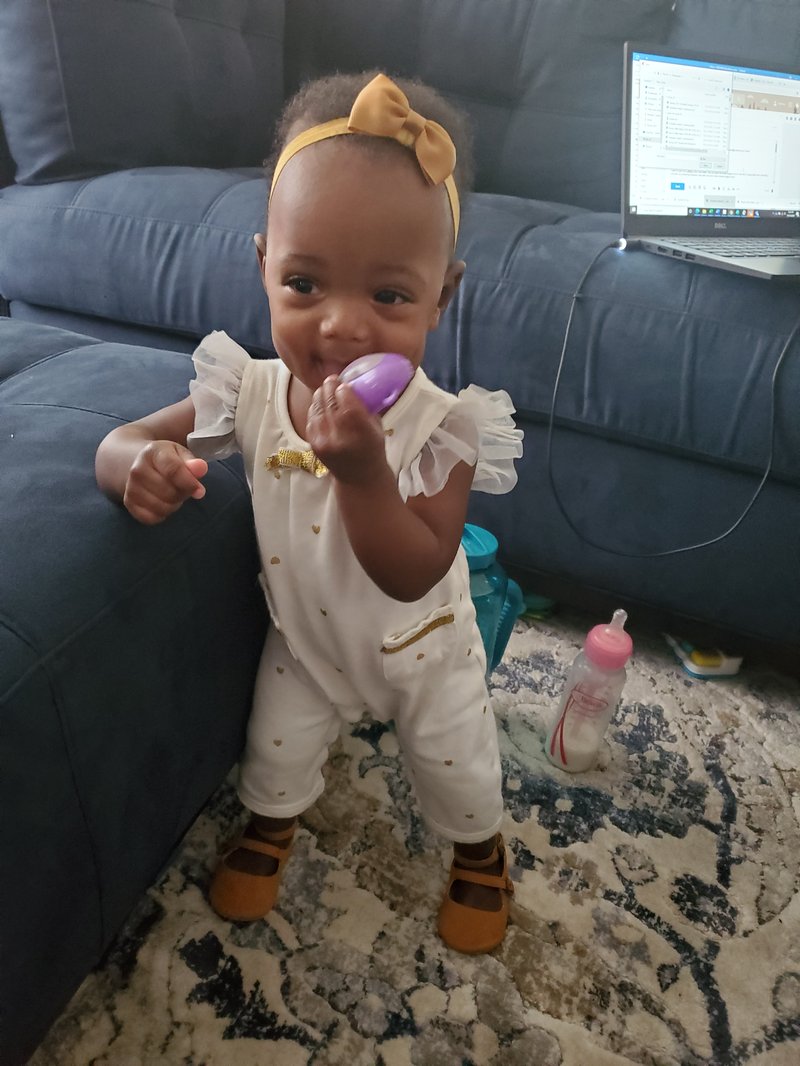