The story of Alexis and Savannah, as told by their mom, Jessica

Prolacta - North America > Prolacta feed > The story of Alexis and Savannah, as told by their mom, Jessica 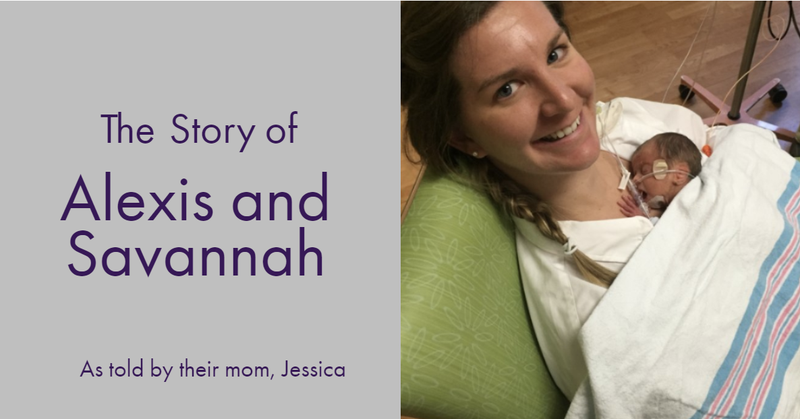 We were 8 weeks along when we found out we were having twins – two sacs, two babies. What a shockingly beautiful surprise! I had no adverse symptoms during my pregnancy. No morning sickness or food aversions. In fact, I enjoyed an extra donut or two (that’s the one thing I couldn’t seem to resist) and napped constantly.

Early ultrasound appointments revealed perfectly healthy babies were growing at a normal rate, just as if they were singletons. Unfortunately, at my 28-week appointment things took a turn. This time around, the ultrasound technician didn’t talk us through what she was seeing. She didn’t give us any images. I had to correct her on where Baby A and Baby B were. She left the room quickly and the OB returned.

Without knowing it, I had begun labor. I was 3 cm dilated and one of the babies’ feet was stuck in my cervix. To delay labor, I was told I would need to be on bed rest in the hospital for the next 4 to 6 weeks. But just 6 days after being admitted for bed rest, the maternal fetal specialist identified that one of my baby’s umbilical cord slipped. We were in danger. Within an hour, preparations were made to begin my c-section. Alexis and Savannah were born at 8:41pm and 8:45pm, at 28 weeks and 6 days gestation. They weighed 2lb 13oz each. 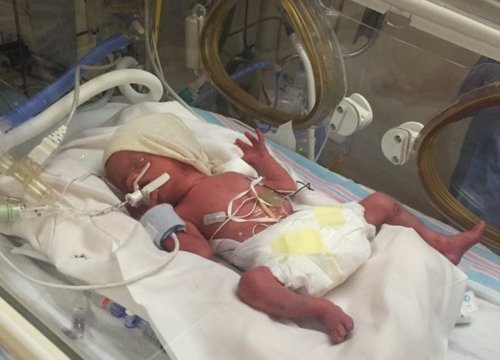 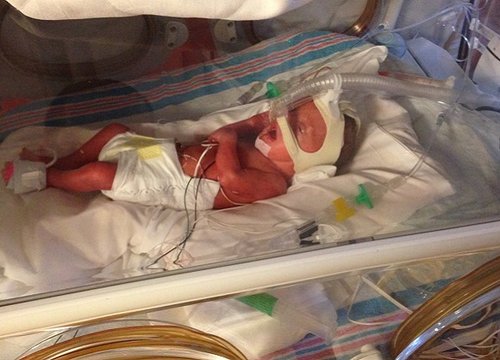 This is where our NICU story begins. The girls were “worked on” in the same operating room I was in. Intubated. IVed. Monitors strapped on. They were placed in an incubator and rolled out of sight. The only glimpse I had of them at that point had come from my husband’s phone. I was sent to recovery. They were sent to the NICU, the place they would call home for the next 53 and 96 days.

Pumping in the NICU

I began pumping 4 hours post-delivery. It was the middle of the night and the medications were wearing off. I felt delusional as I was being taught how to use and clean the pump properly. I had taken one breastfeeding class, but it didn’t prepare me for expressing my milk after a preterm birth.  I knew in my heart this was the way, so despite my exhaustion, I pumped.

The nurse was shocked when she saw the amount of colostrum I was able to produce. I had almost an ounce!. My body knew what to do, and although they were born way before they should have been, my body was ready to provide them with nourishment.

Every 3 hours, like clockwork, I would pump, ring the bell, and the nurse would come and deliver my breast milk to my babies. During the day, I had the pleasure of being wheeled down or I would walk down the hall to the NICU. My husband James was my rock through this entire ordeal. He would comfort me when I cried at the sink as I scrubbed into see our babies. He would hold me so that I could take a few steps. He would clean the pump parts after I’d finished a pumping session.

Adding extra nutrients to my breastmilk

On day 4, I got to hold Alexis for the first time. Savannah was still too unstable, but on Day 5, the nurses meticulously moved all her wires and sensors to make it happen. They believed skin-to-skin may have helped her regulate her temperature and her breathing. And it did!

Both girls received my milk through a tube for a while. They steadily gained weight, but it wasn’t enough. They needed more nutrients, but their itty-bitty tummies couldn’t hold any more milk. I was doing a great job, but we needed something different. That’s when we were introduced to Prolact+ H2MF fortifier. It was explained to us as human milk condensed into a lower volume with all the nutrients. It would help them get what they needed while keeping them on an entirely breast milk diet. Once on it, our girls began to gain weight more readily. When we look back at pictures, we even call this period “Savannah’s chunky stage.” It’s evident in her face how much weight she’d gained. Her breathing also improved during this time. The nurses explained to us this is because her body wasn’t getting so exhausted anymore. It was now able to focus on growth and development.

When Alexis came home after 53 days in the NICU, we were thrilled and relieved. She came home without monitors or tubes! Scary, but so amazing! Savannah came home after 96 days. After a month home, it was confirmed that both girls had a dairy sensitivity to my milk. I had hundreds of ounces of frozen breast milk stored that I could now not use. I decided to donate all of my excess milk to Prolacta! I love knowing that I was able to give back to the company that helped us so much and to know that many, many babies have benefited from my milk! 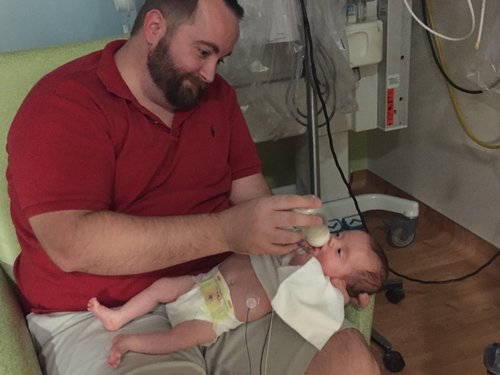 Our twins are now almost 3 1/2 years old. They are thriving. They have caught up on all milestones and are on the charts for height and weight now! As a NICU parent, you learn more medical terminology than you ever anticipated needing. I practically lived at the hospital for those long 3 months.

In the beginning, it’s easy to think and feel like you aren’t doing enough since you can choose to change a diaper or bathe your baby, but you don’t necessarily have to. But it’s important for very NICU parent to know that just being there, for whatever amount of time you can is enough. Your love and the love the nurses have for our babies is enough. It penetrates the room.

I am forever grateful for our NICU team and for Prolacta.