The story of Faith, as told by her mom, Rachel

Prolacta - North America > Prolacta feed > The story of Faith, as told by her mom, Rachel

When I first found out that I was pregnant, I didn’t know what to think. Given what had happened to me with my past pregnancies (a stillbirth at 30 weeks followed by 3 miscarriages), I wasn’t too hopeful with this pregnancy.

However, to my surprise the pregnancy progressed along well and I even thought at one point that I would carry to term. Then, during one of my prenatal appointments, my high-risk doctor told me that I had to be hospitalized until I delivered in 3 months. They found a blood clot and a possible placental abruption. I was shocked and scared.

After being on hospital bedrest for just 2 weeks, I ended up having an emergency C-section. Faith was born 28 weeks gestation weighing 1 lb 9 oz (709 g). Faith was my third baby and my first C-section. I was happy to hear her cry and breathe on her own. She was very tiny but very mighty!

At first, my NICU experience was terrifying. I was afraid of calling or even visiting the NICU simply because I was afraid of what updates I would receive on Faith’s progress. I soon realized that the doctors and nurses were giving her the best possible care. The round-the-clock care she received gave me great peace of mind. Just a few days after she was born, Faith had a major brain bleed but managed to overcome it. She underwent several surgeries for an umbilical hernia. Faith proved to be stable and healthy, with only a few complications.

I continued to pump breastmilk for her throughout her NICU stay. Along with my milk, Faith was on Prolact+ H2MF, a fortifier made entirely from donor breastmilk. I was very pleased that she was given Prolacta’s fortifier from the beginning - I believed it helped her gain weight and progress in a very healthy, strong way.

I heard about Prolacta from a mommy friend who went through the same experience with her son when he was in the NICU, and I’m so grateful that our NICU had it.

After 95 days in the NICU, Faith was able to come home. She weighed 5 lb 12 oz at discharge. We were lucky enough to have her home for Christmas! Every day is such a blessing in having her home. She doesn’t sleep much at night, but I’ve enjoyed every waking moment. I thank God for her every day. 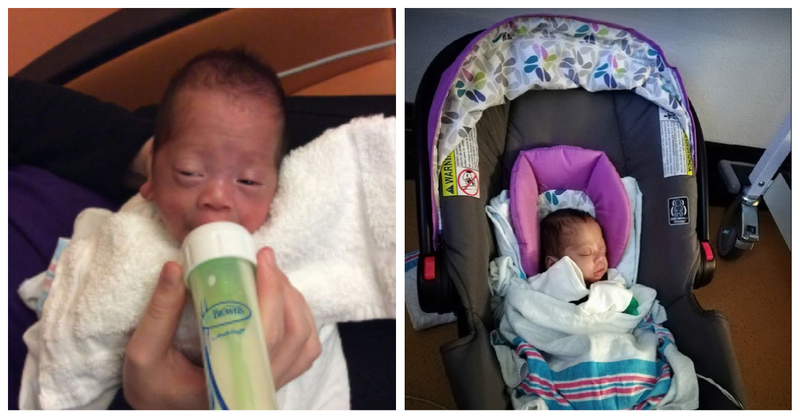