After having experienced two premature births and a recent miscarriage, Christina felt nervous about her new pregnancy. She was suffering from hyperemesis gravidarum (persistent vomiting and nausea during pregnancy), and she knew something just wasn’t right.

At about 26 weeks, Christina went to the hospital. “I had dropped over 20 pounds and was very dehydrated,” she remembers. “The doctors hydrated me and gave me medicine to stop my contractions, but the baby’s heart rate was really low. After a few days, when they couldn’t find his heartbeat easily, I had to go immediately for an emergency cesarean delivery.” 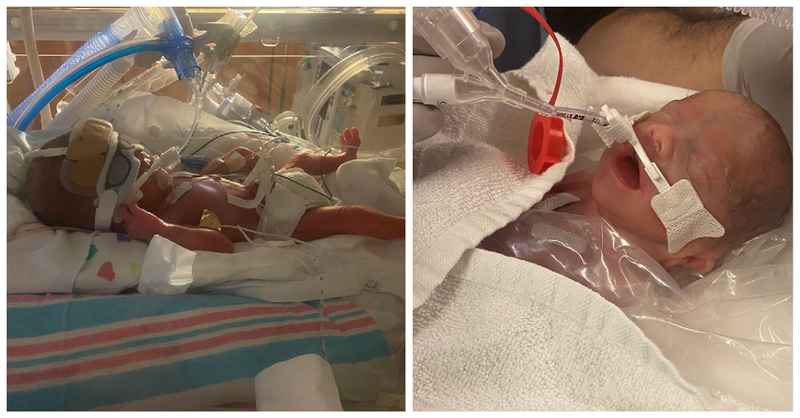 Crew was born weighing 2 lbs 7 oz (1,105 g). But his weight dropped more than a pound by the next day. Christina was producing plenty of her own milk since she was still breastfeeding her two-year-old son, but tiny Crew needed even more nutrients. Luckily, the hospital’s neonatal intensive care unit (NICU) had just what Crew needed to gain weight and survive: Prolacta’s human milk–based fortifiers to supplement mother’s own milk.

“When they wheeled me down to the NICU, the first thing they handed me was a Prolacta pamphlet, a human milk fortifier pamphlet, and a donor pamphlet letting me know that I had a ton of choices,” she says.

During most of Crew’s 67 days in the NICU, he received approximately two-thirds of his calories from Prolacta fortifiers and one-third from mother’s own milk. “He gained enough weight that at 36 weeks, they let him go home small at only 4 lbs 6 oz because he was eating so well,” says Christina.

While in the NICU, doctors found a hole in Crew’s heart—a condition called patent ductus arteriosus (PDA). The PDA caused a heart murmur and breathing difficulties. The NICU was able to put him on small, continuous feeds of Prolacta fortifiers combined with mother’s own milk to help him grow stronger while fighting the PDA.

“Now that Crew is at home, the PDA is resolving itself,” Christina says, “It is very small now and he will not need surgery to close it. It should go away.”

Another challenge in the NICU was an emotional one: Crew’s two big brothers were not allowed to visit him due to COVID-19 restrictions. “My six-year-old, Cade, and two-year-old, Finley, couldn’t come with me to the hospital. Only my husband and I could be in there,” says Christina. “At 32 weeks, when Crew got a room with a window, I would hold him up to the window so his brothers could see him from the parking garage!” 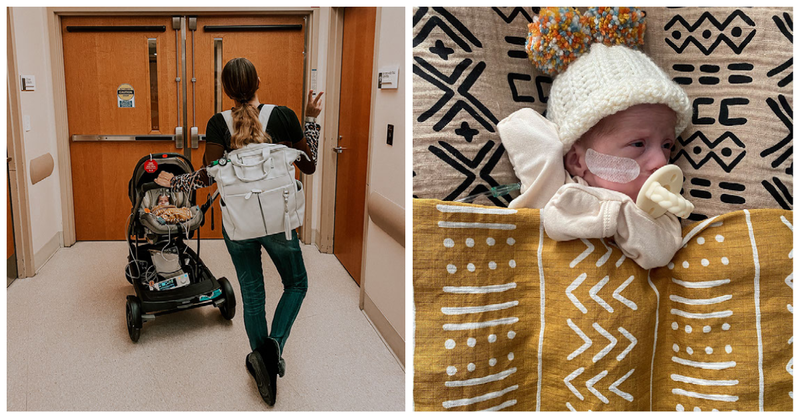 Despite facing all of these hurdles, Crew is thriving now. At three months old—or three days, age adjusted—Crew smiles a lot, holds up his head, and finishes his bottles in just a few minutes. Reflecting on the NICU experience, Christina is happy that a 100% human milk diet was available for Crew. “My understanding is that it’s what’s best for them, better on their stomachs, and helps them grow faster and develop better. Formula made from cow milk is harsh on their bellies. Crew really hates formula,” she says.

Just for fun, Christina created an Instagram page to share Crew’s story and ended up with over 16,000 followers. She now has a platform to help other preemie parents. Her advice is to not be afraid to ask the doctors questions, trust that they are going to help your baby, and join support groups online for someone to talk to. “The NICU is very hard, and it’s okay to not be okay at first, but you need to find a way to be okay for your baby,” she says.

Christina is now interested in becoming a milk donor for Prolacta. She is also considering a career as a lactation consultant in the future.