Stephanie experienced several complications during her pregnancy that included an incompetent cervix and a bacterial infection of the placenta and amniotic fluid. These complications caused Stephanie to go into early labor and at just 25 weeks baby Dylan was born.

He weighed 1 lb 14 oz (850 g) at birth. Being so small, Dylan needed to gain weight to get stronger. Fortunately, the neonatal intensive care unit (NICU) was ready with just what he needed: human milk–based fortifiers from Prolacta to supplement mother’s own milk.

“As soon as I delivered, the doctors informed us about Prolacta products and their benefits. That's when my research started,” Stephanie says. “I do clinical research for a living, and I wanted to know everything there was to know about this fascinating product. When we found out more about this liquid gold, we were overjoyed our NICU had it as an option, as we know not all NICUs have this as an option.” 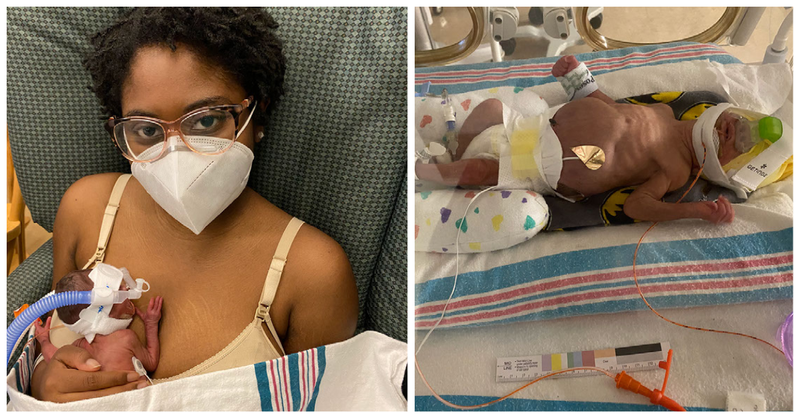 Gaining weight and getting better

The challenges Dylan needed to overcome in the NICU included respiratory distress syndrome, acid reflux, an eye disorder, and immature bowels. But Dylan was able to overcome these challenges with the help of a 100% human milk–based diet (which includes mother’s own milk and Prolacta fortifiers).

“According to the docs, he gained weight better than any premature baby they had seen in quite some time,” Stephanie says.

After being on Prolacta fortifiers until about 32 weeks, Dylan was switched to a cow milk–based fortifier. “We all noticed an immediate difference. He was more gassy, irritable, and had difficulty passing bowel movements, which they attributed to his immature gastrointestinal system,” remembers Stephanie.

From the NICU to a thriving infant 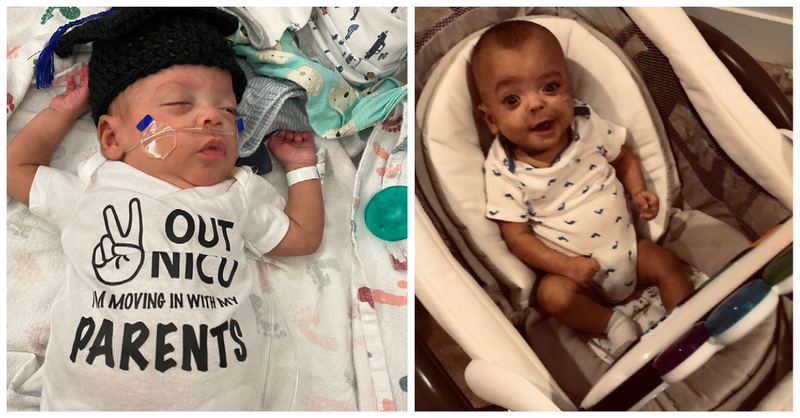 Stephanie says that during Dylan’s time in the NICU, the staff became like family. “We saw them more than we were able to see our own family during the pandemic. Many nurses, doctors, social workers, lactation consultants, and nutritionists made us feel comfortable.”

After 113 days in the NICU, Dylan gained sufficient weight and was well enough to go home. He is now about six months old and developing normally. “He is currently meeting all of his adjusted-age milestones and even some of his actual-age milestones,” Stephanie says.

To other preemie parents who may be struggling through the NICU experience, Stephanie’s best advice is acceptance. “NICU parents are a special kind of parent. There’s no rhyme or reason why we were chosen for this journey. You will feel grateful and dismayed all in the same breath, but your outlook on life will never be the same.” 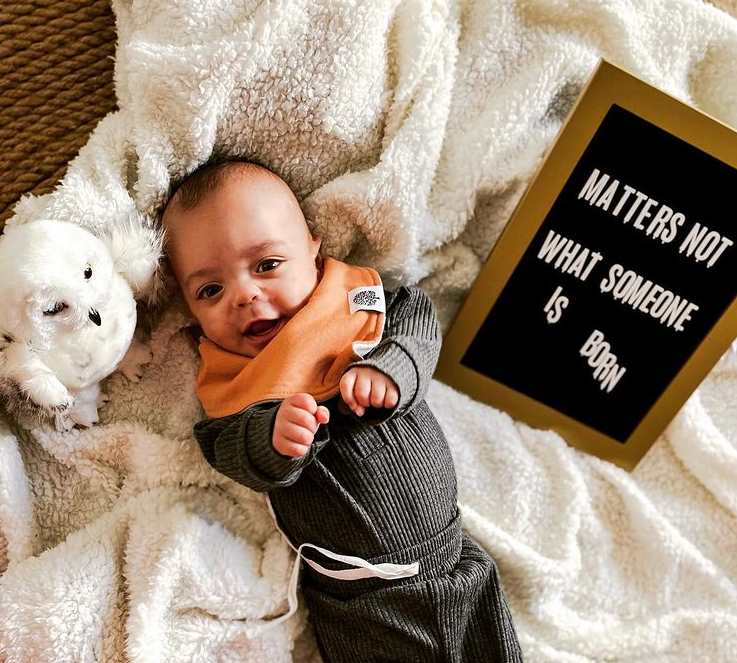