Prolacta > News > The story of baby Jahaan, as told by his mom, Twinkle

“It took my husband James and I a long time to conceive. So, we were overjoyed when I finally became pregnant but also extremely anxious. Everything seemed to be going smoothly, up until my 29th week when I was admitted to the hospital for severe preeclampsia. My blood pressure was super-high (160 and later 180) and I had a migraine that lasted 72 hours. My doctor ordered an ultrasound and discovered that our baby was measuring in at 23 weeks, even though I was 29 weeks along." 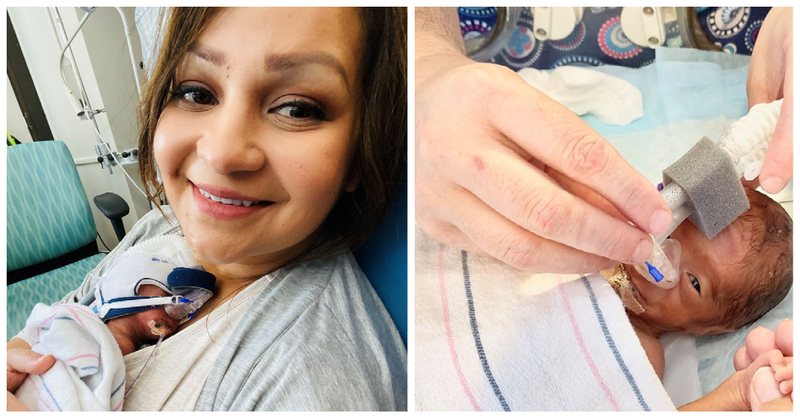 "Then, just a few days later I had an emergency cesarean delivery, and Jahaan was born at 29 weeks and 5 days. He weighed 1 lb 14 oz (849 grams). Before I could even see him, Jahaan was rushed out of the delivery room. I later learned that he had come out purple and limp and startled the medical staff when he began breathing on his own.

Jahaan overcame a lot during his neonatal intensive care unit (NICU) stay. Jaundice, anemia, and spells where his heart rate would drop and his breathing would cease. While these types of spells are common among preemies in the NICU, the nurses were concerned that Jahaan was not outgrowing them. They ran bloodwork and found that he had an elevated bilirubin level caused by a urinary tract infection. He was given antibiotics and it was then that we finally began to see him gain weight. James and I monitored his weight closely: My husband works in finance, so he built a spreadsheet to help us calculate it. We were tracking his growth every day like crazy people—every time he hit another pound, we had a little party.

It’s scary not knowing if your baby’s going to make it. Jahaan was in the NICU for 61 days, so almost nine weeks but it felt like a century. Luckily my husband and I have a very strong foundation. We were best friends before we got married. We’ve been together for 10 years. He was my rock; I was a total wreck. His positivity helped me pull through.” 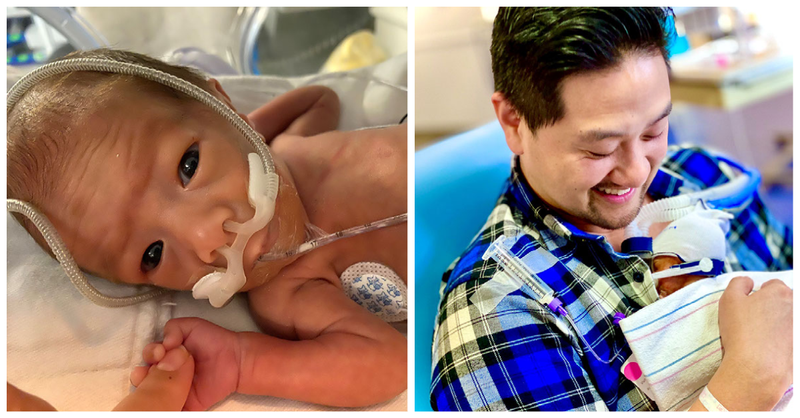 “I had a really good supply and a very pushy lactation nurse. I was pumping every three hours as soon as I gave birth. When Jahaan was first born, he was having two milliliters of breastmilk every three hours—just a few drops.”

“Jahaan was on Prolacta for five weeks. I remember being told that the fortifier would help him gain weight. We got him to gain weight thanks to a combination of things and I’m confident that Prolacta fortifiers had a hand in this. Once they figured out that he had an infection and put him on antibiotics, that was a big turning point.”

“Jahaan came home weighing 5 lbs 2 oz. Now, he’s almost one year old and is close to 18 lbs. He’s our miracle baby. He’s a super-happy kid. We think it’s because he entered the world in hard mode. He got poked when other babies were comforted. Mama was his first word; I still melt every time he says it. And he says Baba, which is what we call his dad. We call him our little Chindian—he’s half Indian and half Taiwanese. He’s rolling on his tummy both ways. He’s not crawling quite yet, but close. He’s sitting up. He’s performing at the level of his adjusted age (nine months).” 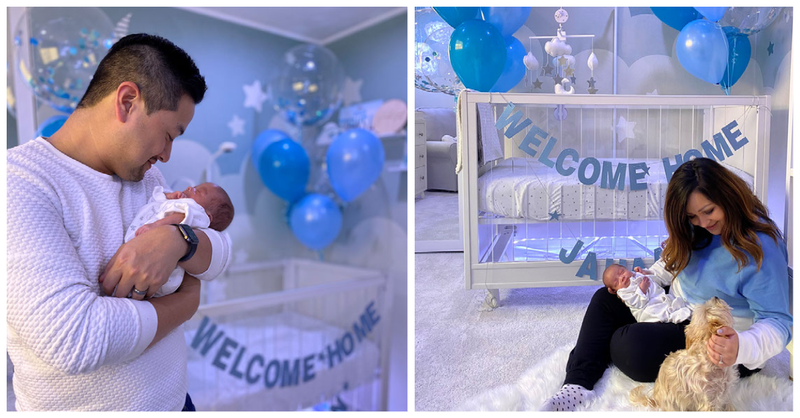 “Make sure you’re doing everything you can but don’t drive yourself crazy and make yourself feel guilty. Your baby has to bake longer. Don’t feel like you have to constantly be there; you’re there for them more than you realize. Get involved with your baby’s care—things like diaper changes, temperature checks, and giving them baths will help you bond. Find community in places like Instagram. Dear NICU Mama spoke to my soul: Their whole approach is, like, ‘you’re blaming yourself, you shouldn’t. Be proud of how far you’ve come.’ I was like, ‘Okay, I’m not alone.’ These are all thoughts that other NICU moms have had before.”